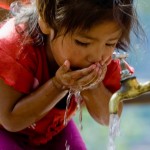 The ruling party (PRI) and its allies, the National Action Party (PAN), the Partido Verde and New Alliance, lost a battle when the General Water Law to privatize Mexico’s water resources was shelved in the Chamber of Deputies. Grassroots mobilization played a key role in the victory. 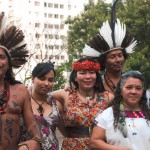 The Brazilian Ministry of Justice emphatically affirmed, “all of the proceedings to identify and demarcate the lands of the indigenous  Continue Reading »

An indigenous nation in the industrialized heart of South America 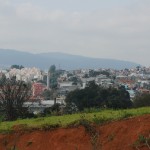 The regions in the south and southeast of Brazil are the richest areas in the country and the most industrialized in Latin America. The southeast alone is responsible for 60% of GDP, and thus, in this region 90% of the population is concentrated in urban zones. In this geography of modernity there is also an indigenous territory that is in its death throes, the land of the Guaraní.

Paraguay: the return of social conflict 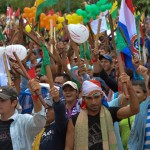 Two years after the fall of the Fernando Lugo government and one year after the rise of Horacio Cartes of the Colorado party, social movements show signs of rebuilding, with remarkable leadership of the campesino movement facing agribusiness and repression. 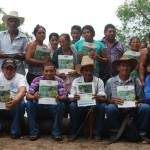 True development in El Salvador will mean looking beyond U.S. money and the strings that always come with it. 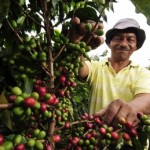 The dual plagues of blight and price fixing are causing the scarcity and high prices of the fragrant bean, but the real problem for communities is the need to grow other foods. 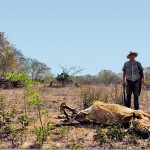 Rural Mexico is experiencing a crisis in human security crisis. The drastic transformation of public policies toward the agricultural sector, induced by programs of structural adjustment and trade liberalization especially the North American Free Trade Agreement (NAFTA), created conditions for the emergence of the multiple forms of violence in Mexican agriculture.